Work is now underway on a major new cycling and walking route linking the east and the west of the Capital.

The £19.4m City Centre West to East Link (CCWEL) will connect Roseburn to Leith Walk via Haymarket and the West End with a safe and direct cycle route. It will also significantly improve streets for those walking, wheeling and spending time there.

The route will tie into a new George Street cycling thoroughfare delivered as part of the George Street and First New Town project.

“CCWEL has been years in the making, so today marks a real milestone for Edinburgh. Once complete it will provide an essential link between key parts of our existing cycle network to and through the city centre, as well as significantly improving the streetscape along the way.” 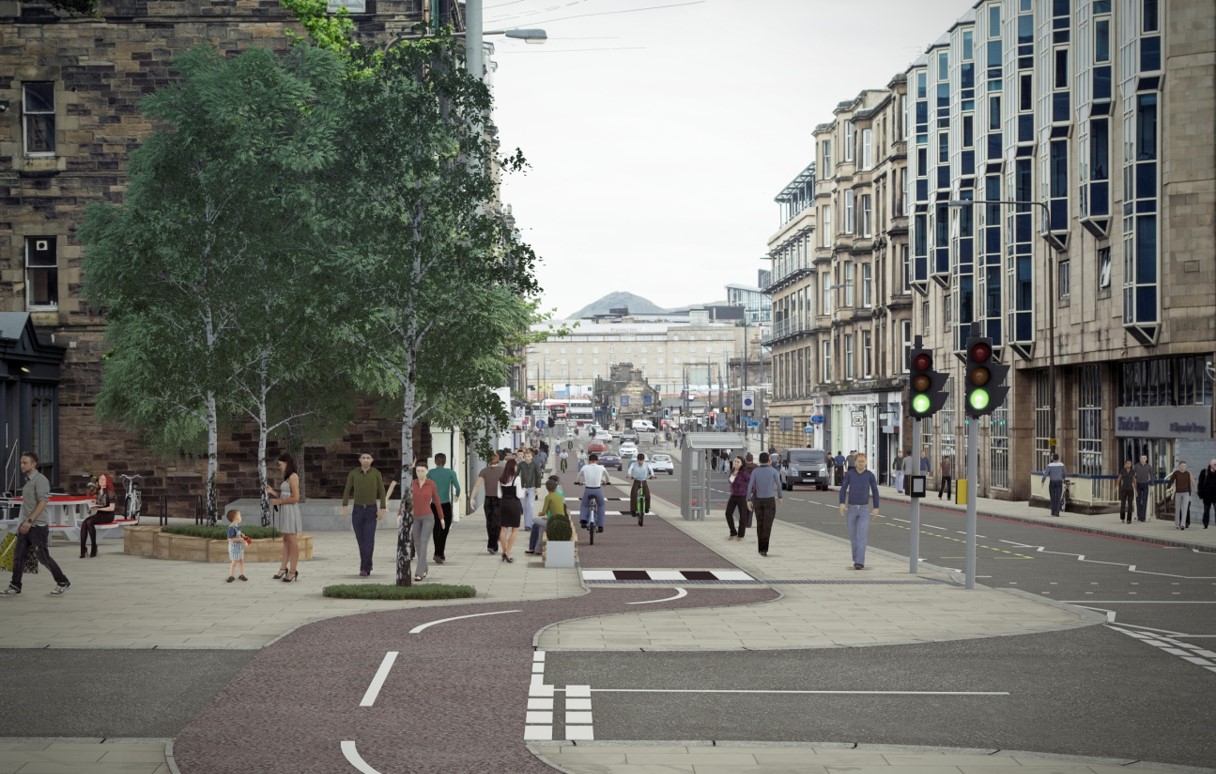 Construction is expected to last around 18 months, with full details of plans available on the dedicated CCWEL website. In the first phase of the section between Roseburn and West Coates there will be some lane closures and changes to parking and bus stops, though traffic will be maintained in both directions.

By supporting people to travel by foot, bike and wheel, the CCWEL project aligns with our City Mobility Plan 2030, which envisions a clean, connected and net zero carbon future. It links into several other schemes to overhaul travel to and through the city centre, including the George Street and First New Town project and Meadows to George Street, both to be delivered as part of Edinburgh City Centre Transformation.