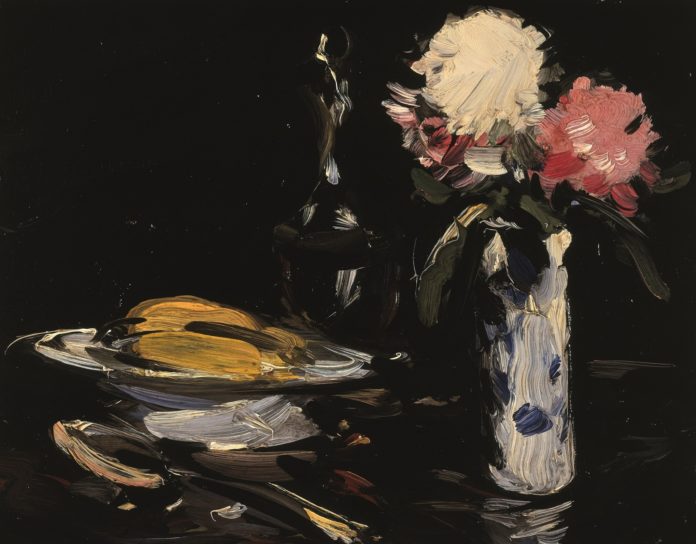 The City Art Centre, Edinburgh, dedicated to championing historic and contemporary Scottish visual arts and crafts, announces a stunning range of exhibitions for 2022 including a winter photographic season of three new displays.

All exhibitions will be free to attend. Further information on the individual shows, including an exciting and varied public events programme, will be announced later in the year.

The Scottish Modern Arts Association was founded in Edinburgh in 1907. Established by artists and their supporters, the organisation aimed to secure for the nation a representative collection of modern Scottish art. For more than fifty years, it actively acquired work by leading contemporary artists, building an outstanding collection of over 300 paintings, drawings, prints and sculptures. The majority of these artworks were transferred to the City of Edinburgh when the association disbanded in the 1960s, and they are now maintained by the City Art Centre.

National Treasure: The Scottish Modern Arts Association reveals the story of this unique collection, and the artists represented in it. Featuring work by the Glasgow Boys and the Scottish Colourists, as well as individuals such as William McTaggart, John Duncan, Anne Redpath and Joan Eardley, this major two-floor exhibition celebrates Scottish art at the dawn of modernism.

National Treasure is presented as part of Edinburgh Art Festival 2022.

Will Maclean (b.1941) is one of the outstanding artists of his generation. His work is anchored in the history, archaeology, and literature of the Scottish Highlands and the Highland people, as well as his family background and personal associations with the sea. Perhaps best known for his wall constructions, this major retrospective will span almost fifty years of work and embrace every facet of his practice – his constructions, drawings, prints, sculptures, artistic collaborations, video productions and outdoor installations. Combining exquisitely hand-made pieces with found or (on occasions) mass produced objects, his work balances between simplicity and complexity and invites the viewer to linger, to admire and to ponder the universal themes which he explores.

Accompanied by a new publication, the exhibition will be drawn from public and private collections, with many of the exhibits going on public display for the first time. The exhibition promises to be a rich visual feast for anyone with an interest in Scottish art and history.

Will Maclean: Points of Departure is presented as part of Edinburgh Art Festival 2022.

These women present different accounts of Scotland, covering both rural and city places and communities. The exhibition will show the breadth of their photography and filmmaking, offering a critical analysis of their work. It explores the ways in which their work differs from their better-known male contemporaries, considers their different motivations and how these informed the work they made, and the different narratives we see emerging from their work in Scotland. It is the first time their work will have been seen together, and it uncovers a previously untold story within the history of Scottish photography. Exhibits will be drawn from a broad selection of private and public collections.

The exhibition is a partnership project with Jenny Brownrigg, Exhibitions Director at The Glasgow School of Art.

Edinburgh: A Lost World features black and white and colour photographs of forgotten Edinburgh interiors by Scottish artist Ron O’Donnell. During the 1970s and 1980s O’Donnell focused on photographing shops, tea rooms, public toilets, prison cells and factories all over Edinburgh, many of which are no longer in existence. In 2010 he returned to photographing shop interiors. This time, he concentrated on barbers, pet shops, auto repair businesses, shoe repair shops and book shops, including the smallest shop in Edinburgh.

For many years O’Donnell has had a curious and insatiable desire to document the city. As a hunter of unusual interiors, he would cycle around Edinburgh with his camera, a flash gun in a cardboard box, strapped with bungees onto his bike rack, and a tripod slung round his neck. He found his camera was a key to accessing interiors – hidden spots that many people never saw. As a result, O’Donnell has created an impressive photographic archive of these lost places. The exhibition displays a selection of his photographs, revealing and documenting the dramatic shifts that have taken place in the capital over the years.

The artist Paul Duke grew up in the Muirhouse area of Edinburgh between the mid-1960s and early 1980s. In 2015 he returned to Muirhouse to develop No Ruined Stone, a photographic series exploring the built environment and its residents at a time of significant urban regeneration and social flux. This exhibition presents a selection of photographs from the series; images that balance a documentary approach with highly personal insights. Duke embarked on this project determined to reconnect with his roots. While raising issues around social inequality and poverty, No Ruined Stone is underpinned by a message of human resilience and strength of character.

The exhibition is accompanied by the publication No Ruined Stone (Hartmann Books, 2018).

This exhibition marks the culmination of Auld Reekie Retold, the largest collections inventory project ever undertaken in the organisation’s history. Over the past three years, this ambitious project has recorded, catalogued and revealed thousands of items housed in stores and venues across the City. Auld Reekie Retold connects objects in the collection, which has been growing steadily since the 1870’s, with people and places in the city, uncovering new stories from Edinburgh and its residents. Perhaps you’ve seen some of the stories online, or joined one of our digital events; this exhibition will be a chance to see some of the highlight objects uncovered by the team, and also to find out about the behind the scenes work involved in maintaining the collection.

Museums & Galleries Edinburgh’s collections belong to the City, and Auld Reekie Retold aims to give every citizen of Edinburgh a sense of ownership of and connection to its objects and their stories.

“We’re delighted to be playing our part in the Edinburgh Art Festival and hosting some fantastic exhibitions. There are many highlights throughout the year beginning in Spring with ‘National Treasure: The Scottish Modern Arts Association’. The major two-floor exhibition will tell visitors the story of the unique collection and the artists behind it including works by William McTaggart and Joan Eardley.”

“And then later in the year we’ll host the fascinating findings from ‘Auld Reekie Retold’. This fantastic project is allowing us to develop a fuller understanding and appreciation of what we have right here in our collections. The project has helped to uncover their stories, broaden participation with our Museums & Galleries and ensure their long-term relevance. This is the story of our great city that we all love. It needs to be told and I look forward to visitors discovering it for themselves this autumn.”

“The City Art Centre’s 2022 programme of free exhibitions will give visitors the opportunity to revisit enduring favourites such as Will Maclean, some of whose works will be on display for first time. They might also discover new favourites like Ron O’Donnell and Paul Duke, who both give us their unique views of Edinburgh.”

“I’m very much looking forward to ‘Early twentieth century women filmmakers and photographers in Scotland’, where the works of 14 pioneering women will be brought together for the first time. This will offer visitors the chance to hear the previously untold story of women’s fascinating role within the history of Scottish photography.”

“Whilst it’s fantastic to look ahead to a busy year in our City Art Centre, I’d like to reassure people that we will continue to take measures to ensure the safety of visitors and our staff, and will adhere to the latest public guidance.”

In keeping with Government advice to support the safety of our visitors and staff, the City Art Centre maintains a range of safety measures and procedures throughout the venue, including a one-way system, screens at reception, hand sanitiser stations, extra barriers and signage and staff will of course be wearing face coverings while offering visitors a very warm, socially distanced welcome. Visitors are asked to wear face coverings.