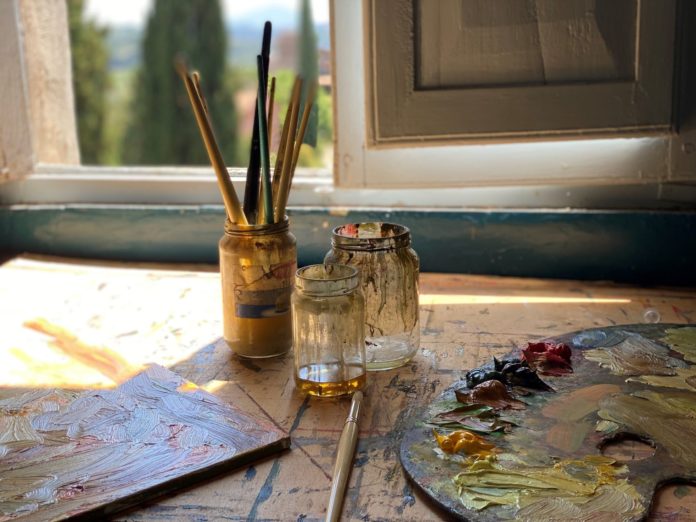 Award-winning artist Geoff Uglow’s The Ploughman will take over the main floor of Edinburgh’s The Scottish Gallery this January, launching their 180th anniversary programme.  His exciting new exhibition will be seen alongside the 2022 edition of Modern Masters which has become known as the perfect vehicle to celebrate the gallery’s history, rediscover artists and highlight current talent.

Uglow comments, As a boy, I would often plough on the family farm and I would keenly observe the furrow cut and turned, mesmerised by the light reflecting off the damp soil.  I would witness this motion poetically reflected in the sea when a great swell of the water is torn by the break or divided by the rip current, or even when the still surface is scored by the paddle of an oar.  When I make a painting, this process of matter being moved appears again.  My hand or brush manipulates the mass of paint, driving, turning, arranging, influencing it.

His works reference the ever-changing and ever-moving landscape.  But they are not as simple as only landscapes.  The natural scenery around Uglow’s studio holds great importance for him and the rose is also a key emblem in his works, connecting him to seasons of richness, to energy and growth.  His paintings focus on subjects that are uplifting and inspiring – bewildering natural phenomena, human endeavour that inspires, delights and provokes sublime thought and creativity.  The physicality of his works, and the generous volume of paint he uses, present uninterrupted flow and confidence, mirroring the positivity of his subject matter.

Downstairs, the Modern Masters 180th anniversary edition complements the gallery’s contemporary programme.  This edition also pays tribute to Guy Peploe, who has recently taken up a nonexecutive role and has made an outstanding contribution to The Scottish Gallery over nearly four decades. 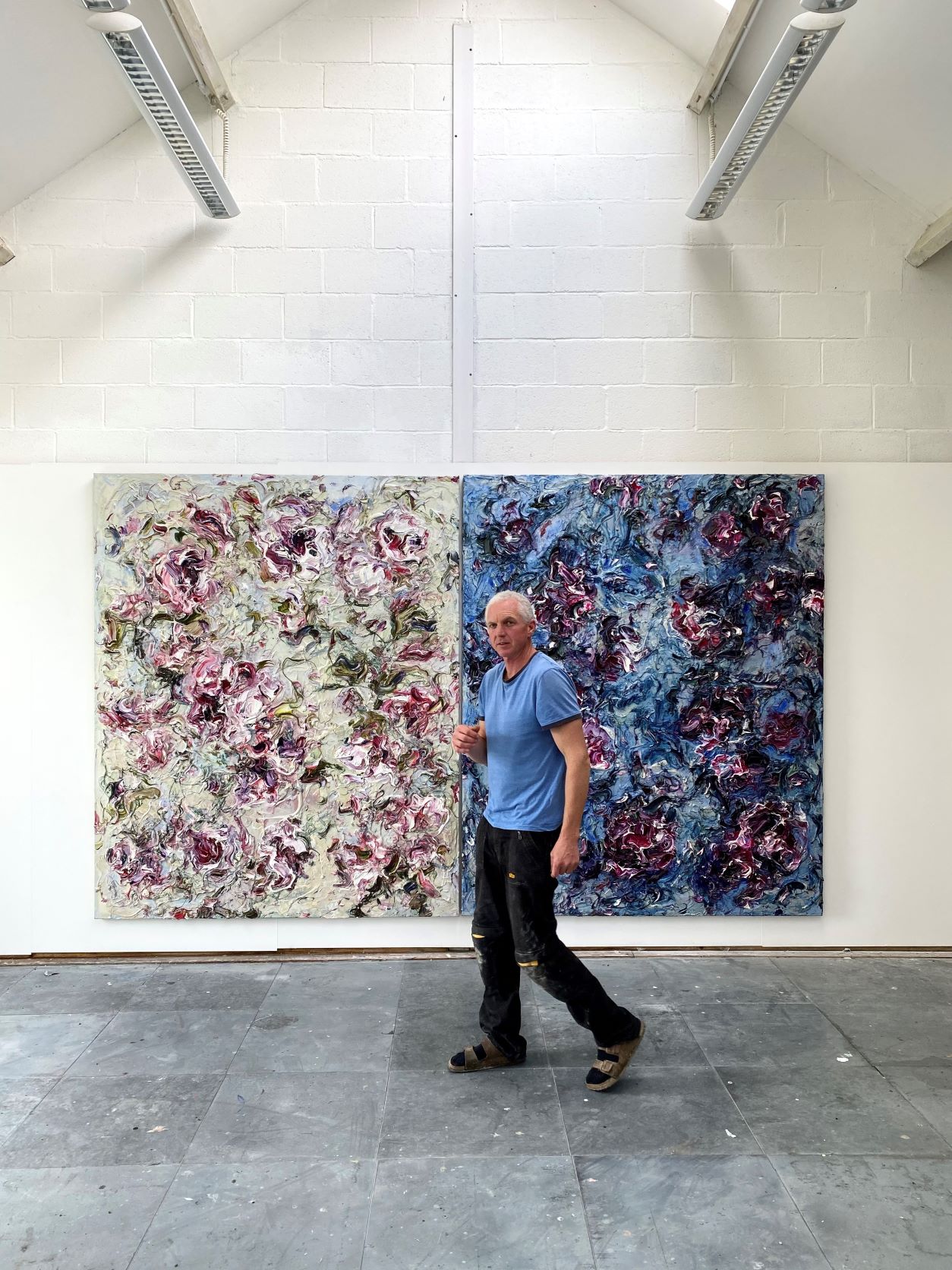 Modern Masters includes three new consignments from Joan Eardley, whose centenary of her birth was celebrated last year by The Scottish Gallery.  Also included is the work of several artists associated with the North East: Ian Fleming, Donald Morison Buyers, Barbara Balmer and Frances Walker. The wide group of artists who constitute The Edinburgh School are well-represented in the exhibition, and there are significant consignments of work by Anne Redpath, Sir William MacTaggart, Sir Robin Philipson, Dame Elizabeth Blackadder and John Houston. The exhibition also includes works by Dame Elizabeth Blackadder who passed away in 2021; the first woman to be elected to both the Royal Academy in London and the Royal Scottish Gallery, Blackadder was honoured with a retrospective exhibition, organised by the Scottish National Gallery of Modern Art in 2000.  She is easily considered one of the greatest post-war Scottish artists with her distinctive beautiful marks and perfectly balanced modulated colour.

Christina Jansen, Managing Director of The Scottish Gallery, comments, Modern Masters has never attempted to be a survey, but rather to look at individual works, their unique contributions to the sum of Scottish painting and – along the way – to present artists whose work deserves to be reappraised.  Just as history is brought to life in the detail of primary sources, so the contemplation of a work of art can provide an insight into its time and continued relevance.

Marking their anniversary and incredible journey, The Scottish Gallery has also announced the appointment of Chris Brickley as new Senior Picture Specialist.  Brickley has over 25 years’ experience in the arts, most recently as Head of Pictures and Senior Auctioneer for Bonhams in Scotland.