2021 at The Scottish Gallery opens with an online exhibition of new work by renowned Scottish artist Philip Braham. In this new collection of paintings and photographs, he explores the landscape around his new home and studio in the marches between the Scottish Highlands and Lowlands, discovering ancient disputed lands, rich in human history – agricultural, religious and violent. This haunting body of work interrogates the natural environment, inviting us to contemplate the beautiful indifference of the passing seasons dictating the rhythms of farming, social life, warfare,and death.

Braham’s paintings of the snowy landscape of Strathearn unify land and sky, removing the usual colours from the landscape, turning trees into silhouettes and fences into merely dynamic lines. 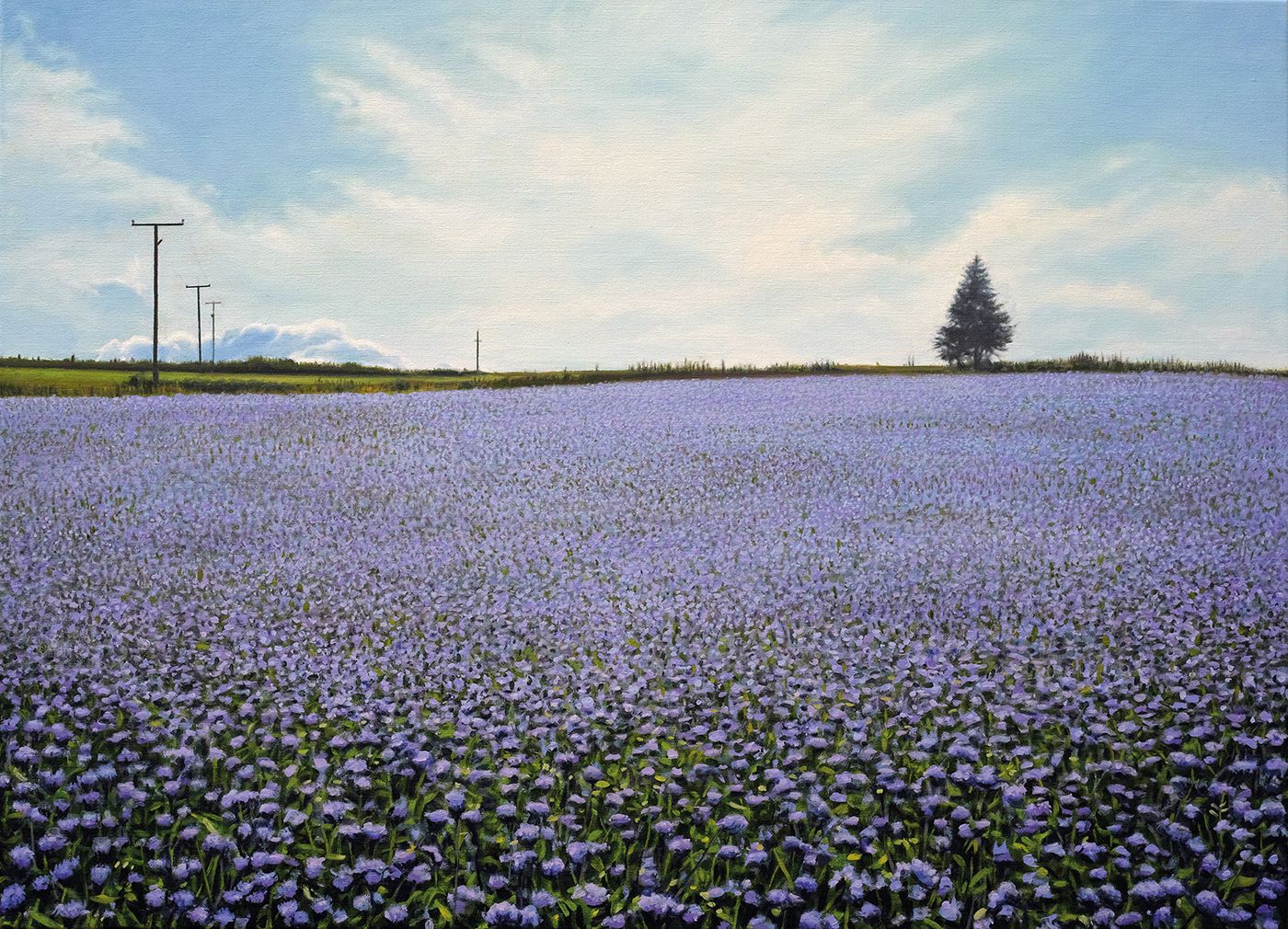 This sense of serenity pervades many of his paintings and photographs as they offer meditations on stillness. But, some also hold a narrative meaning. Black Crow by a Stony Path reflects on the suicide of a close friend in 2019, showing a harvested field with its dried and broken stalks, the eye landing on a point on the path where the crow has alighted. Endless Path also alludes to the path of life, but the endlessness refers to the generations that came before us and to those who will follow into the future, although we cannot see very far ahead.

Braham comments, A camera provides the best excuse for a walk, and walking is the best way to learn about a place. Thus, I began to record the cyclical seasons of the Perthshire landscape like a wide-eyed interloper filled with a newly rekindled sense of wonder and joy. Every outing yielded a photographic gift, whatever the weather or time of day. Time seemed to saunter rather than to race as it used to, and the slower pace allowed me to become more attentive to the world around me. I came to realise a sense of contentment and belonging that I could not have anticipated. I have titled this exhibition of paintings and photographs Closer to Home because I came to understand that the idea of ‘home’ need not be rooted in the impressions imprinted during childhood, warm and strong though these are, but that the longing-to-return might instead be for a destination that still
lies ahead: a horizon that has now come into view. 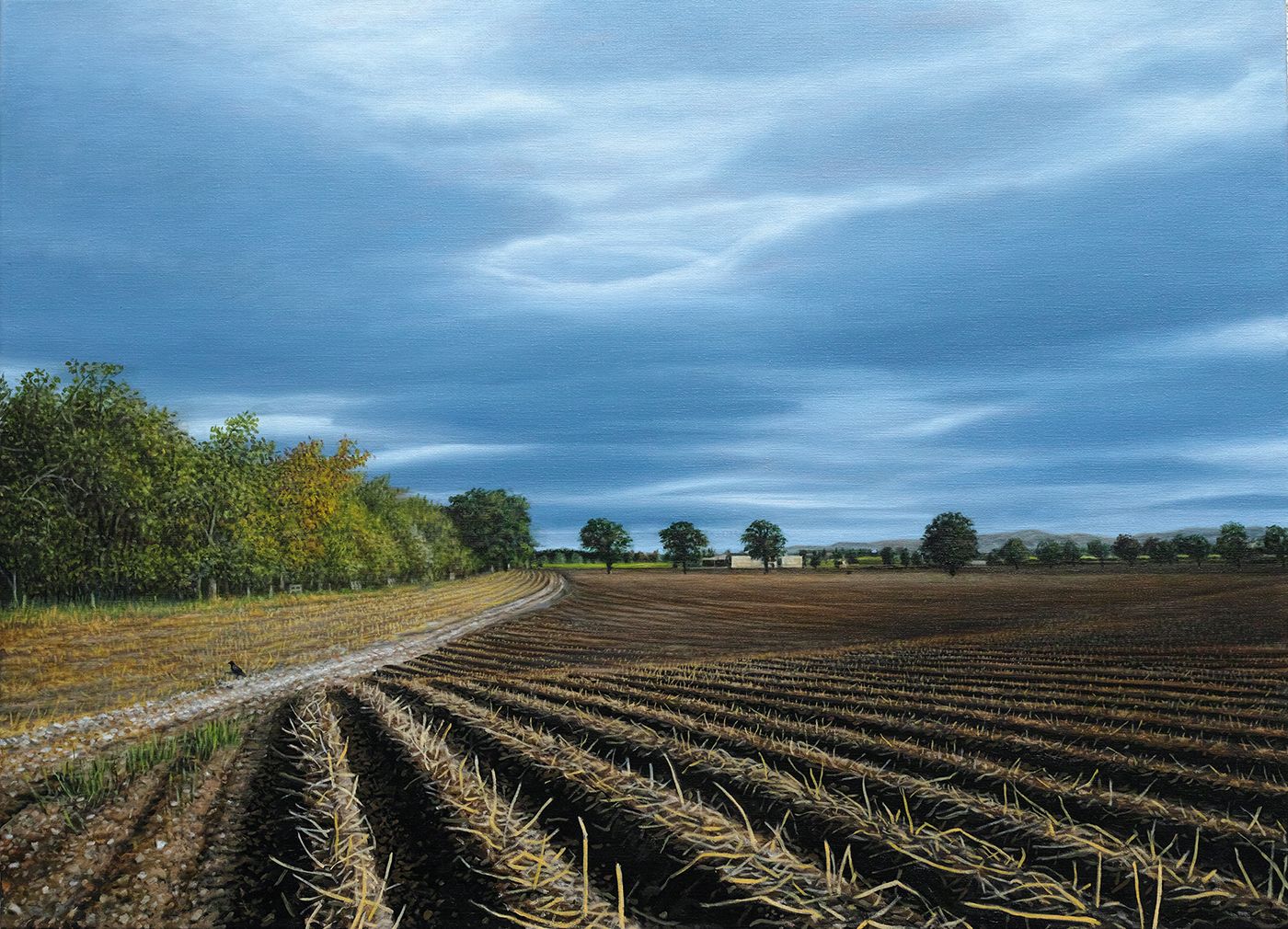 A graduate from Duncan of Jordanstone College of Art and Design, Braham first came to
prominence in the 1980s with the rise of figurative painting in Scotland. His career includes 22 solo exhibitions to date, in addition to numerous group shows both nationally and internationally.

Showing concurrently at the gallery will be Modern Masters XII. The Modern Masters series was conceived ten years ago and has been a platform for bringing together artists, past and present, with an eye on the rediscovery and changing perceptions. This twelfth exhibition, following summer’s highly successful celebration of women artists, seeks to offer new insights and interrogate expectations. Here artists are exhibited individually and in the context of their peers, both close contemporaries and across the generations, side by side. Guy Peploe pays tribute to artist, writer and playwright John Byrne who turned 80 last year. There is also a Modern Masters Prints section with highlights from the era of The Vigorous Imagination alongside master printmakers and artists Wilhelmina Barns-Graham and Victoria Crowe. Artists on display include William Baillie, William Gillies, Mary Armour, Anne Redpath, Alan Davie, William Johnstone, Elizabeth Blackadder and Victoria Crowe.

Joseph Christianssonhttps://edinburghmagazine.com
Joseph is Edinburgh Magazine's writer of all things cool. You'll see him cover topics including I.T, Business, Food, Health and Fitness, and whatever else takes his fancy. If you've got an idea for a story, contact us