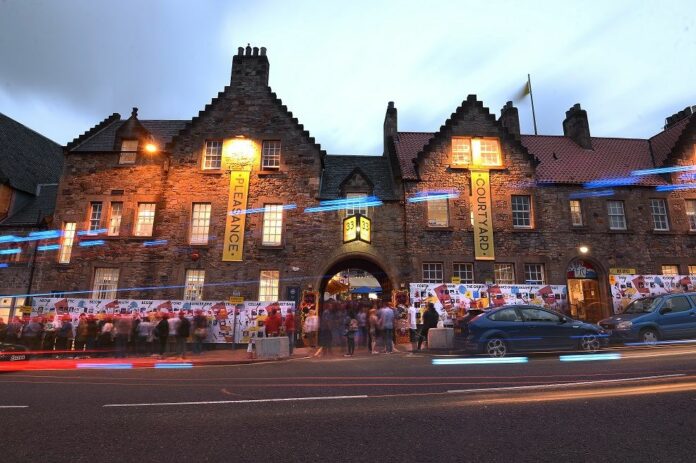 Currently running at the Pleasance, The Scotsman’s world-famous Fringe First awards have been
recognising outstanding new writing premiered at the festival since 1973.

Part of the Pleasance National Partnership programme, Plymouth Laureate of Words Laura Horton’s
Breathless is presented by Pleasance Theatre Trust and Theatre Royal Plymouth. It is a funny,
honest and stylish exploration of the knife-edge of hoarding, from the joy to the addiction and
suffocating shame. Based on the real-life experience of Laura Horton’s own experience of clothes
hoarding, the work is a dark, magical story about trying to escape a world you’ve spent a lifetime
carefully building. Sally Stott from The Scotsman described the play as a sensitive and sharply
observed script, that is a beautifully performed by Madeleine Mac-Mahon.

Using the arts world as a metaphor, MASTERCLASS is a literate and hilarious examination of gender
and power that skewers the idea of the ‘great male artist’. Blending together the savagely comic
discourse of Adrienne Truscott (Wild Bore), with the slick dramaturgy of internationally-renowned
theatre company Brokentalkers (The Examination), MASTERCLASS is a parody like no other –
uncovering truths about privilege, power and the hold they have over our so-called great artists and
the positions and opportunities they are granted. David Pollock wrote that MASTERCLASS is
challenging and disturbing, but still very darkly funny… It’s magnificent, unmissable…and likely
thoroughly divisive.

Also announced this week are the longlist of brave and imaginative new plays for the Popcorn
Writing Award. Partnering for the first time with BBC Writersroom, Popcorn offers a prize fund of
£6,000. Shows at the Pleasance appearing on this list are Breathless by Laura Horton, Brown Boys
Swim by Karim Khan, Daddy Issues by Anna Krauze, Godot is a Woman by Silent Faces, Look at Me,
Don’t Look at Me by Rash Dash, Poles: The Science of Magnetic Attraction by Amelia Pitcher,
Svengali by Eve Nicol and You’re Safe Til 2024: Deep History by David Finnigan. The winners will be
announced at a ceremony on Thursday 25th August
Anthony Alderson, director of Pleasance, comments, I’m incredibly proud of our varied and exciting
theatre programme this year and the magnificence of our artists are recognised in these early Fringe
First wins as well as the long list announcement for the exciting Popcorn Awards. This recognition is
a testament to the great work being made and to the wonderful theatre programmed we are
presenting.