The winners in the national awards programme for Scotch whisky have been announced following a St Andrews day dinner and celebration held in Glasgow last night.

The 3rd annual Scottish Whisky Awards revealed the winners from its comprehensive competition that included the blind tasting of 200 Scotch whiskies and the assessment of 58 distilleries and whisky producers.

The ultimate award of the night, Scottish Whisky Distillery of the Year, sponsored by Bruce Stephenson Insurance Brokers, was presented to Glen Scotia Distillery in Campbeltown.  Part of the Loch Lomond Group, the distillery won praise for its commitment to the community, excellent product development and high-quality standards achieved in a challenging year.  They also collected a Gold Medal and a Silver Medal in two taste categories.

“Congratulations to all the winners in this year’s Scottish Whisky Awards.  We have very much enjoyed reviewing the work of the Scotch whisky industry which has shown real innovation, resilience, and dedicated support for local communities.  All of the efforts in judging, tasting, researching, reading, and debating are worth it as we all work together to increase the promotion of Scotch whisky as the number one whisky of choice in the world.”

The event also presented the first ever Dr Jim Swan Award for Services to Scotch Whisky.    The award was presented to Sheila Burtles, a sensory expert who was the first ever female scientist to advise the Scotch Whisky industry on flavour.  Her most famous achievement is as co-inventor of the first ever Whisky Flavour Wheel, created in 1979.   Aged 92, Ms Burtles accepted the award at a private presentation at home with her award presented by Charlie Maclean the renowned whisky expert and judge in the Scottish Whisky Awards.  He commented. 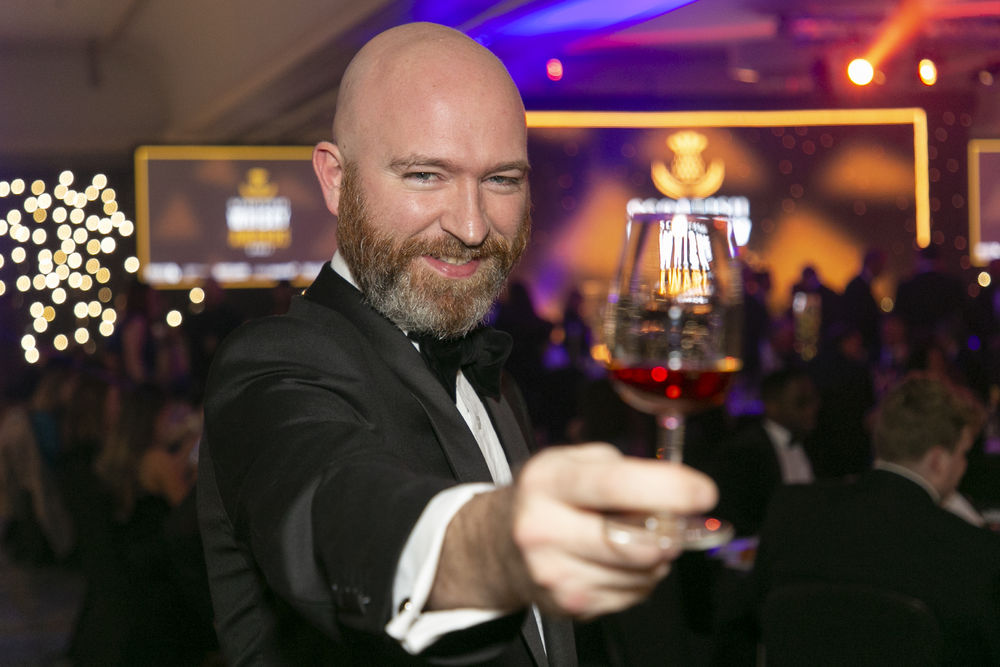 “It is with the greatest possible pleasure that I have been asked to present this award.  I first met Sheila in 1992 when I was invited to a course which she was giving on sensory skills and without a word of a lie this course changed my life.  She really is an unsung hero of the Scotch whisky industry.  She deserves immense credit for making the link between chemistry and the language we use to describe flavour and for being the first to display it in a wheel.  This idea was taken up very rapidly taken up all over the world.  She really is a wonderful person and deserves every recognition.”

Working with Dr Jim Swan, Burtles created the Scotch Whisky Flavour Wheel which was quickly adopted in brewing and in the US by the wine industry.  Since then, it has also been developed in many new modern versions over decades by authors, academics, and major whisky brands worldwide.

“This is really unbelievable.  I can only thank everybody who remembers me and for this award.  I was so fortunate to be able to work with Jim Swan.  I was a very lucky girl in the job I did, and I met wonderful people throughout Scotland.  I suppose I must admit that I was a wee bit of a pioneer in the whisky industry when I dared to turn up alone among several men.  I really feel very lucky, and it has been a splendid journey.”

Among the big winners in the evening were Glenmorangie who won 2 gold award medals for Glenmorangie The Signet and The Accord, their 12 year old Single Malt.   North Star Spirits were celebrated for their haul of awards as Independent Bottler of the Year and also for collecting three Gold Medals for their Spica 40 Year Old Blend,  Supersonic Mach 4 Blended Malt and for their 11 year old Bunnahabhain Single Malt Single Cask bottling.

“Very many congratulations to all the winners in the Scottish Whisky Awards.  It has been a hugely rewarding positive experience taking part in the competition this year and we wish all the medallists and winners every success in the months and years ahead.”

The winners in full:

Scottish Whisky Distillery of the Year sponsored by Bruce Stevenson