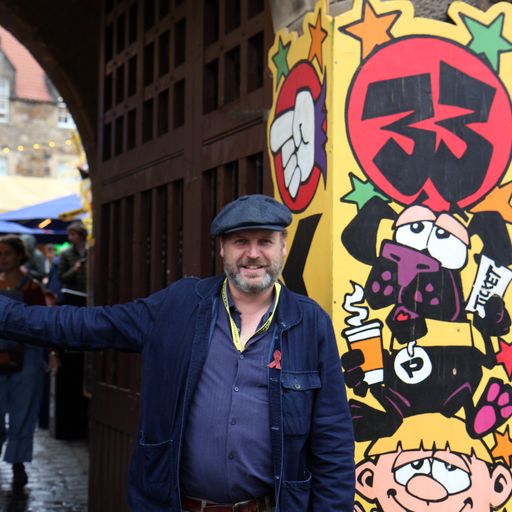 Welcoming exciting newcomers, Fringe veterans and the most trailblazing international artists to the first full festival in three years, the Pleasance Theatre Trust is delighted to have celebrated its 38th
Fringe Festival, with a particular focus on supporting the most diverse and game-changing early career artists and emerging companies.

The artist development strand of The Pleasance, Pleasance Futures acts as an incubator for bold
new theatre makers to make their mark. 2022 saw the Pleasance support a record number of artists
and companies through this programme with an investment of over £150,000, with Pleasance
Futures accounting for 80% of the open access direct financial support to artists across the Festival.
Pleasance Futures supported companies across 23 different productions through the Charlie Hartill
Theatre and Comedy Reserve; the Generate Fund for UK-based Black, Asian and Global Majority
Artists; Young Pleasance; the National Partnerships – funded by John Ellerman Foundation and
William Syson Foundation; the Les Enfants Terribles and Greenwich Theatre Awards; Pick of VAULT
award; and Pleasance Associates.
Committed to supporting up-and-coming artists, as well as investing in the future of young people,
the Pleasance subsidised 708 primary school children to see a show and launched a work experience
programme for local teenagers. Partnering with surrounding schools, the Pleasance provided a
week of work experience and free access to performances to 47 participants who may not otherwise
access the festival – the first year of an annual Fringe programme which will expand in 2023. Plus,
Young Pleasance celebrated its 25th anniversary with a heady re-imagining of Kafka’s absurdist
masterpiece The Trial.

Awards were aplenty this summer. From The North Wall, Karim Khan’s Brown Boys Swim was
lauded with praise, winning a prestigious Fringe First Award from The Scotsman and the Popcorn
Writing Award, which platforms artists that ignite and challenge the status quo with fearless new
writing. The Pleasance housed three more incredible Fringe First winners, including Brokentalkers
and Adrienne Truscott’s MASTERCLASS, You’re Safe Til 2024: Deep History by David Finnigan and
Pleasance National Partnership production Breathless from Laura Horton, which also was a runner-Page | 2
up for the Popcorn Writing Award, and nominated for The Mental Health Foundation Award.
Further wins for Edinburgh National Partnership shows include the inaugural David Johnson
Emerging Talent Award, which went to An Audience with Milly Liu, and the Filipa Bragança Award,
which was awarded to Chloe-Ann Tylor the for best solo performance in Svengali.
Four Pleasance shows made the shortlist for the Dave’s Edinburgh Comedy Awards, with Colin
Hoult’s The Death of Anna Mann nominated for Best Comedy Show, and Emily Wilson: Fixed, Leo
Reich: Literally Who Cares?! and Josh Jones: Waste of Space amongst the nominees for Best
Newcomer.
The Pleasance is proud to have been given a Level 3 Award, the highest possible commendation,
through the Access Fringe Initiative, and facilitated a large number of accessible performances
including captioning, BSL and relaxed performances. Two Pleasance shows were the proud winners
of the first ever Neurodiverse Review Awards, which celebrate the often-overlooked autistic,
neurodiverse, and disabled-led work at Edinburgh Fringe. Supported by the Pleasance’s Generate
Fund for UK-based Black, Asian and Global Majority Artists Made in India Britain took home the Deaf
Action Award and the Mervyn Stutter Spirit of the Fringe Award 2022. Colin Hoult: The Death of
Anna Mann won the ADHD comedy award and Blue Badge Bunch was shortlisted for Neurodiversity
Representation.
Pleasance shows dominated Theatre Weekly’s Best of The Fest Awards, with Voloz Collective taking
home Best Fringe Debut for The Man Who Thought He Knew Too Much and Tiger Lady winning the
award for Best Immersive Theatre. Individual performances at The Pleasance were also celebrated,
with Jack Stokes from Jesus, Jane, Mother and Me winning best Solo Performance, and Henry Madd
and Marco Titus receiving Best Ensemble Performance for The Land of Lost Content. Mervyn
Stutter’s Spirit of the Fringe Awards (A.K.A The MERVs) similarly highlighted the Pleasance’s
fantastic and diverse programme: Ballet Freedom, Made in India Britain, Aurie Styla: Green, SK
Shlomo: Breathe: The Play That Becomes a Rave, Black is the Color of My Voice were all proud
winners.
Blodlina: The Viking Musical, Les Enfants Terribles Award Winner No Place Like Home and recipient
of the Charlie Hartill Theatre Reserve Rapsody were all nominated for Musical Theatre Review’s Best
Musical Award, with GOYA Theatre Company winning the Special Prize for bringing three quality
shows to the Fringe in their debut year, including Sex With Friends (and Other Tiny Catastrophes).
Rapsody was also shortlisted for this year’s Brighton Fringe Award, along with Today I Killed My Very
First Bird and, Pleasance Associate Company, Part of the Main’s Fritz & Matlock. Amongst the
shortlist for the Holden Street Theatre Awards, which looks to bring the best of the Edinburgh Fringe
to Adelaide, were Jesus, Jane Mother and Me, Brown Boys Swim, Fanboy, Today I Killed My Very First
Bird and Breathless.Page | 3
Edinburgh Festival Fringe Society’s 2022 Resilience Fund allowed the Pleasance to underwrite
guarantees for all shows in venues under 150 seats, crucially minimising the financial risk of the
Festival for companies. The Resilience Fund also supported the pilot of a new mental health and
wellbeing programme, facilitated by consultancy PlayWell and mental health organisation Artist
Wellbeing. This preventative care programme, which focused on providing support before people
reached a crisis point, offered a mental health clinic for Pleasance participants, on call advice from
PlayWell’s founder and experienced Fringe artist Lauren Silver, and a series of mental wellbeing
workshops run by Pleasance artists, staff and volunteers. The Pleasance is grateful for funding
through the PLACE Programme, a partnership between the Scottish Government – through Creative
Scotland – the City of Edinburgh Council and Festivals Edinburgh.
The Debut Fund – created from 30% of all donations made to the 2020 Crowdfunder – is another
crucial initiative that aids developing artists. Designated to directly support artists at Pleasance who
presented their first show on the Fringe this year in a performance space with fewer than 150 seats,
the fund was distributed evenly between all eligible productions, each of whom received £400. A
new Crowdfunder has been launched to ensure the Pleasance can continue this vital Debut Fund
into 2023.
The Pleasance proudly marked their 30-year partnership with Scotland’s leading HIV and Hepatitis C
charity, Waverley Care. Hosted by five-star, award-winning Pierre Novellie, this year’s annual The
Tartan Ribbon comedy benefit saw acclaimed comedians take to the stage to raise awareness
alongside much-needed funds for the charity. Audiences were delighted by the likes of Tim Vine,
Phil Wang, Angela Barnes, Sindhu Vee, Ivo Graham, Sarah Keyworth, Njambi McGrath and Josh
Jones in a raucous night of comedy for a good cause. Combining collections made across the
Pleasance’s venues and the proceeds from The Tartan Ribbon, £26,980 was raised for the incredible
charity, which amounts to a of £639,155 raised in the history of the Pleasance and Waverley Care’s
vital partnership.
What a summer it has been – the amazing work carried out by the Pleasance Theatre Trust is only
possible thanks to the amazing staff and volunteers who bring the venues alive during August. As
always the Pleasance remains the pick of the Fringe every August with comedy, theatre, circus,
magic, dance, kids’ shows. And if you can’t wait until next August, don’t forget to check out the
venue’s year-round home in Islington and see the exciting work on offer there.