The Killers are coming to Edinburgh for a one-night only show! Here’s how to get tickets

Edinburgh is in for a treat as The Killers will be playing a special one-night only show at the Royal Highland Centre Showgrounds on August 29, 2023. The American rock band, fronted by Brandon Flowers, will be supported by indie legend Johnny Marr. While The Killers have never played in Edinburgh before, they sold out a double-header in Falkirk last summer.

Pre-sale tickets for the show have already gone live, but the general sale will start at 9am on Monday, December 12. Tickets can be purchased on the Ticketmaster website or via Gigs in Scotland. Prices start at £84.40.

The Killers, who formed in 2001, have become one of the biggest rock bands of the century, selling over 28 million records worldwide and performing in over 50 countries. Fans can expect to hear classic hits like Mr Brightside, Somebody Told Me, and All These Things That I’ve Done, as well as more recent songs like The Man, Caution, Run For Cover, and My Own Soul’s Warning. Support act Johnny Marr, who rose to fame as the guitarist and co-songwriter of The Smiths, is expected to play music from his solo albums.

American rock band The Killers have released seven studio albums, one live album, three compilation albums, one extended play, 38 singles, four promotional singles, and 39 music videos. As part of the post-punk revival movement, The Killers are influenced by 1980s and 1990s music styles. The band has sold over 28 million records worldwide. Their debut album, Hot Fuss (2004), brought the band mainstream success and has since been certified triple platinum by the RIAA and seven-times platinum by the BPI. The album spawned four UK top-20 singles, including “Mr. Brightside”.

The Killers’ second studio album, Sam’s Town, was released in October 2006 and met with mixed reviews. Despite this, the album proved a commercial success, debuting at number two on the Billboard 200 and going on to be certified platinum by the RIAA. In the UK, the album debuted at the top of the chart and was certified five-times platinum by the BPI. The compilation album Sawdust was released in November 2007 and contained B-sides, rarities, and new material.

The band’s third album, Day & Age, produced by Stuart Price, was released in November 2008 and spawned the commercially successful single “Human”. Day & Age was a commercial success in Europe and was certified Gold by the RIAA. Their fourth album, Battle Born, was released in September 2012, becoming the band’s fourth consecutive album to reach number one in both the UK and Ireland.

Don’t miss out on the opportunity to see The Killers and Johnny Marr live in Edinburgh – grab your tickets now! 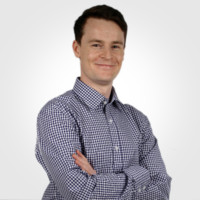