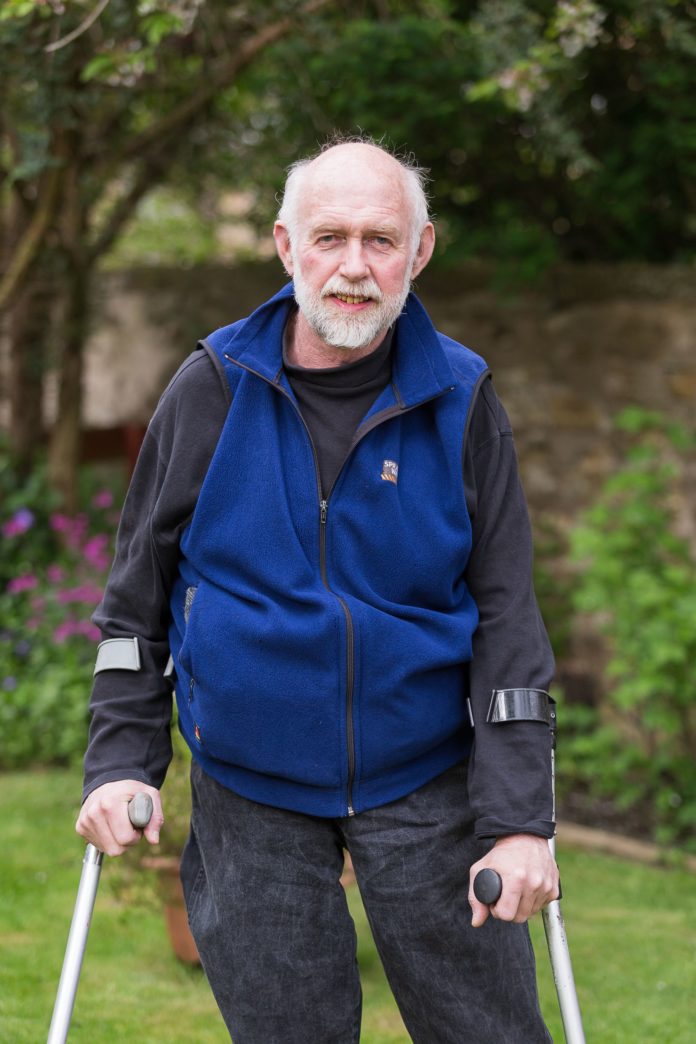 For many years, Edinburgh and Penicuik local Richard Vallis has worked to setup, champion and support a range of brilliant organisations and charities in the city and beyond.

Richard didn’t let the lockdown put a stop to his work, and on 20th of May he started his Three Charities Walk in Penicuik, walking 100 laps (around 6k) of his garden: a significant challenge, having lost his leg 24 years ago to bone cancer.

Richard embarked on this mammoth task very much driven by his own altruistic spirit, a need to help others and an awareness of specific challenges given his own disability; and to continue to support three organisations which are very dear to his heart.

All funds raised will be split equally between the following; Lothian Disability Sport, who promote sport & physical recreation for people with a disability which Richard has supported for many years, earning him the wonderful experience of taking part in the Queen’s Baton Relay in 2014 before the Glasgow Commonwealth Games.

Lung Ha Theatre Company, the leading theatre company in Scotland for people with a learning disability which Richard co-founded in 1984.

And Scottish charity Friends of Chitambo, which aims to support health measures in the hospital and surrounding Zambian district, a charity which was set up by Richard’s wife Jo, who grew up in Zambia.