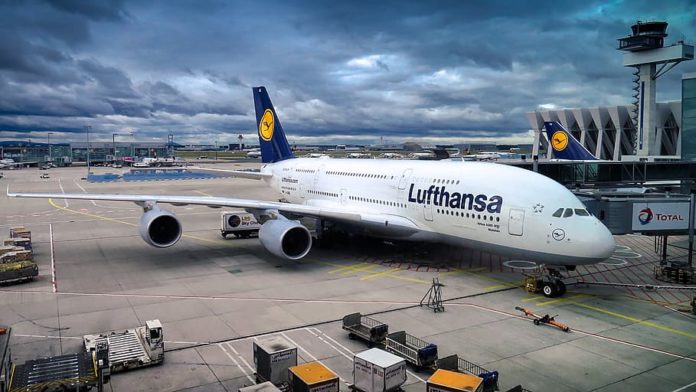 − July – October services now available to book across the network from regional ports, including Birmingham, Edinburgh, Glasgow, Shannon and London City
− 50 percent of fleet back in operation by October
− Demand for longer-term bookings increases

Due to significant changes in booking demands from passengers, the Lufthansa Group Airlines are switching their focus from short to long-term flight planning, and implementing additional services between July and October. The new summer timetable is now available to book until 24 October; the end of the normal summer season.

As a result, the Lufthansa Group Airlines will now offer over 40 percent of their originally planned flight programme and a total of 380 aircraft used for this purpose. As a result, 50 percent of the fleet will takes to the skies once again – 200 more aircraft than in June.

A total of 244 weekly hub services will be available across the Lufthansa Group network by October from five regional ports, equating to 212 from the UK and 32 from Ireland. Opening the door to a significant amount of onward connection opportunities for customers to destinations in Europe, Asia and beyond, added services bookable from 14 July include:

“Little by little, the borders open again. Demand is increasing, in the short term but also in the long term. We are therefore consistently expanding our flight schedule and our global network and pushing ahead with our restart. I am pleased that we can now offer our guests even more connections to all parts of the world with all Lufthansa Group Airlines via all hubs,” said Harry Hohmeister, Member of the Executive Board of Deutsche Lufthansa AG.

By the end of October, over 90 percent of all originally planned short and medium-haul destinations, and over 70 percent of the Group’s long-haul destinations will be served again. Customers who are now planning their summer and autumn holidays will once again have access to an extensive global network for tourism and business connections via all the Group’s hubs.

Lufthansa, the groups core brand, will offer over 2,100 weekly connections on short and medium-haul routes throughout Europe, incorporating a further 105 destinations from Frankfurt and 90 from Munich. The following destinations will be resumed from Frankfurt between July and October: Seville, Glasgow, Edinburgh, Santiago de Compostela, Basel, Linz and others. From Munich, increased services to destinations around the Mediterranean will be available, including Rhodes, Corfu, Olbia, Dubrovnik, Malaga, Faro and Funchal/Madeira.

Approximately 90 flights a week are planned to Asia, over 45 to the Middle East and over 40 to Africa.

In addition, the weekly availability of existing and highly demanded destinations will be increased.

Eurowings is also significantly increasing its flight schedules for both business and leisure travellers, intending to return to 80 percent of its network during the course of the summer. Following the lift of travel restrictions, interest in holiday destinations such as Italy, Spain, Greece and Croatia in particular is growing rapidly. This is why Eurowings will be flying 30 to 40 percent of its flight capacity in July.

Brussels Airlines will expand its offering for both leisure travellers and corporate guests in September and October with 45 percent of services in operation from its originally planned schedule.

Following the successful restart, the ramp-up of Austrian Airlines flight operations continues to proceed according to plan. From July onwards, Austria’s home carrier will fly to over 50 destinations.

The health and safety of the Lufthansa Group passengers and employees remains a top priority across the network. For this reason, all procedures throughout the entire travel chain have been and will continue to be reviewed in order to guarantee the maximum safety of everyone. To this effect, Lufthansa is now offering its customers a certified PCR test for Covid-19 at its hubs in Germany to avoid mandatory quarantine measures currently in place. These test centres are operated by partner companies, Centogene at Frankfurt Airport and Medicare at Munich Airport and it is recommended to register for a test in advance to avoid long delays.

When planning a trip, customers are advised to take the current entry and quarantine regulations of the respective destinations into account.