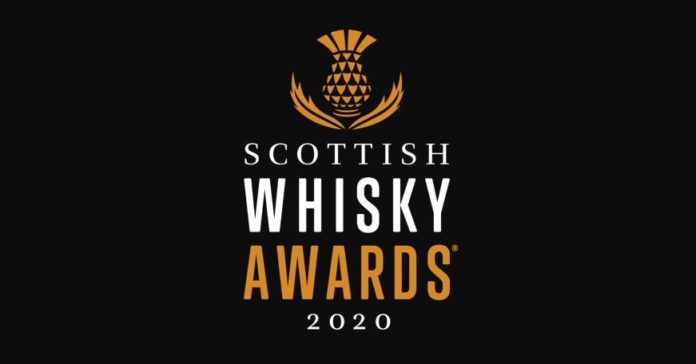 The national awards programme which promotes and celebrates Scotch Whisky has announced its winners as part of its second annual competition.

The Scottish Whisky Awards is a comprehensive year-round programme which assesses Scotch whisky producers in both business performance and taste. This year, it involved a rigorous judging process with a panel of 40 experts and the blind tasting of 155 Scotch whisky products.

The ultimate award in the competition, Whisky Distillery of the Year, sponsored by Bruce Stevenson Insurance Brokers, was presented to Glasgow Distillery after a tremendous year of business progress and having won two Gold medals in the taste competition.

The team behind the 1770 Single Malt Scotch were praised by the judging panel for their great progress in product development, marketing and securing a range of new international deals. They were also the highest performing distillery in the taste competition, securing two Gold medals. Their new Blended Malt whisky, Malt Riot, won Blended Malt Under 12 Years Old and their 1770 Peated Release No1 Single Malt won in the toughest category in the competition – Single Malt No Age Statement with 31 finalists.

“Congratulations to all our winners for their success in this most challenging of years. Winning a Scottish Whisky Award is a significant achievement given the intense competition and rigorous judging.

“This year, we have seen distilleries, suppliers and producers step up to support their local communities when they needed it most. Scotch Whisky continues to demonstrate its strength, resilience, creativity, and community spirit. It is an industry which continues to shine brightly in good times and bad. We in Scotland can all be very proud of this.

“I applaud all of our winners and encourage them to make the most of this recognition by promoting Scotch worldwide as the whisky of choice.”

The Scottish Whisky Awards, unlike many international drink industry competitions, only presents three medals per category making the awards tough to win and highly sought after.

Islay’s Ardbeg Distillery won Gold in the Single Malt Under 12 category for Ardbeg 10 Year Old a popular peated dram which delivers smooth buttermilk, ripe bananas, and currants on the palate. Also in Islay, Bunnahabhain Distillery won the Gold Medal for its Single Malt Over 21 Year Old for its 25-Year-Old dram delivering a smooth and sweet profile with sherry, caramel, berries and cream balanced with roasted nuts.

Other Gold Medals winners were Tomatin and Deanston Distilleries while Hannah Whisky Merchants collected Gold in Single Cask and Speciality Whisky for their June 2020 bottling of Tomintoul 2005 with First Fill Amontillado Sherry Casks.

The Independent Bottler of the Year went to North Star Spirits who also collected a Gold medal for Sirius in the Blended Malt over 12-Year-Old category.

In the business competition, awards were presented to Diageo for Community Contribution in 2020, Isle of Raasay Distillery won Best Brand Experience and Angus-based Arbikie Distillery collected the award for Excellence in Sustainability for their field to bottle values.

“Congratulations to all the winners in this year’s Scottish Whisky Awards. In this highly challenging year, the industry can be proud of all its achievements to deliver our world-class Scotch whisky from across Scotland.”

The news of the winners was announced at a live digital broadcast from Glasgow’s Hilton by Doubletree Hotel by comedian and presenter, Des Clarke. Over 200 people from across the Scotch whisky industry participated in the event, which was highly interactive, allowing guests to chat with each other privately and in groups. Live interviews were broadcast with distilleries across the country as the medal winners were announced.